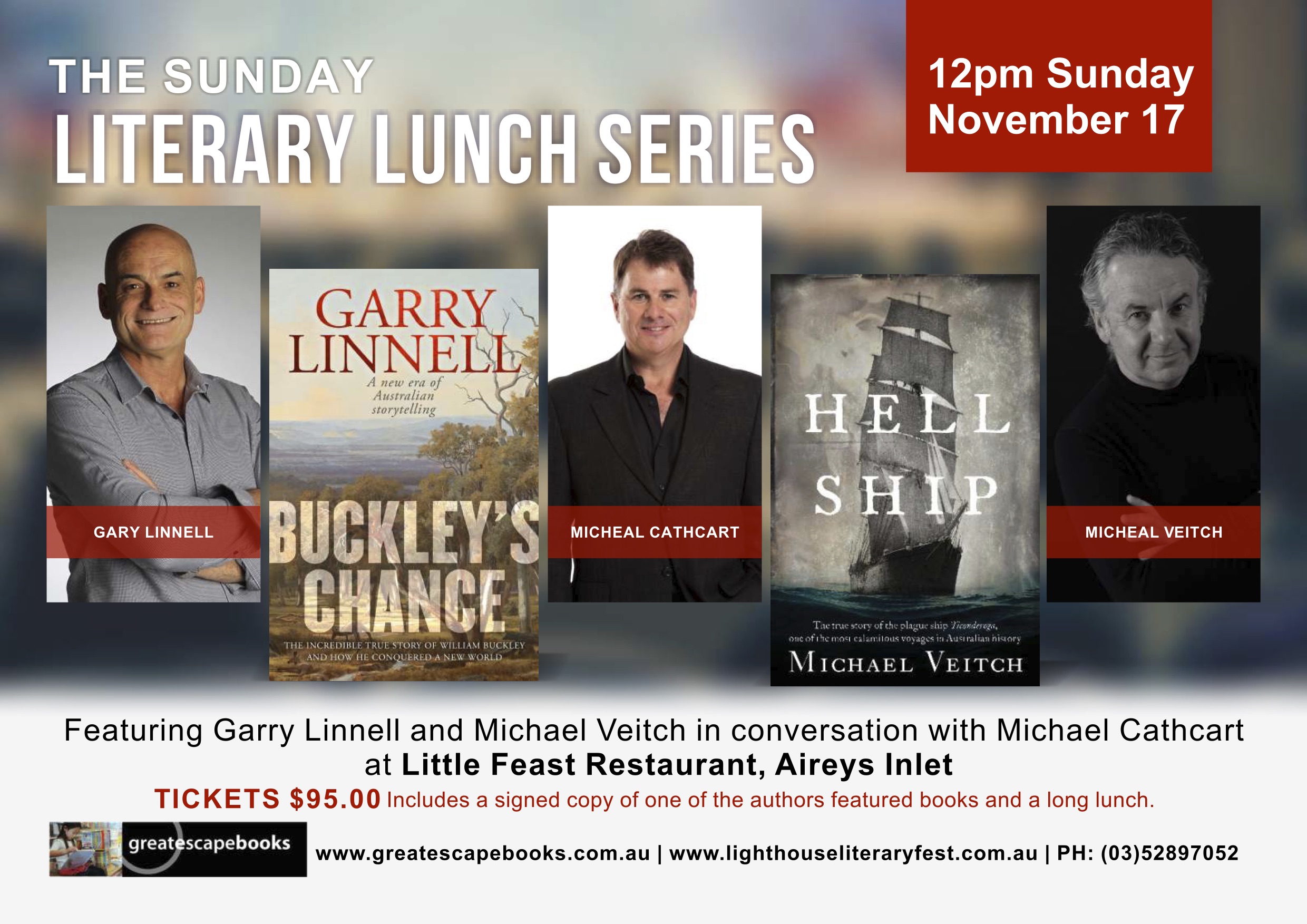 Join us for the final in our Literary Lunch Series for 2019.

Now in its third year, hosted at Little Feast restaurant, the long lunch series is always a highly sought after event.

This coming Sunday November 17 we will be having a long lunch with a historical emphasis, with authors Garry Linnell and Michael Veitch speaking with ABC RN Michael Cathcart, who is also a historian.

More about our authors…
Garry Linnell
Garry Linnell is one of Australia’s most experienced journalists. Born and raised in Geelong, he has won several awards for his writing, including a Walkley for best feature writing. He has been editor-in-chief of The Bulletin, editor of The Daily Telegraph, director of news and current affairs for the Nine Network and editorial director of Fairfax. He spent four years as co-host of the Breakfast Show on 2UE and is also the author of three previous books – Football Ltd: The inside story of the AFL; Raelene: sometimes beaten, never conquered and Playing God: The rise and fall of Gary Ablett.

Micheal Veitch
Michael Veitch began his career writing and performing in television comedy in programs such as the D-Generation and Fast Forward before working as a newspaper columnist and regular broadcaster for ABC radio.

For five years, he presented the national TV arts program on ABC Television, Sunday Arts, and is also well known in radio, having broadcast across Tasmania for ABC 936 Hobart, as well as various stints on ABC 774 Melbourne.

In addition to numerous television, film and theatre credits, he has published nine books on such topics as military history and aviation, marine exploration, and the history of the islands of Bass Strait.

In 2018, he released Hell Ship, the story of the infamous 1852 voyage of the plague-ridden emigrant vessel Ticonderoga, on which his great-great grandfather served as ship’s surgeon. His most recent work, Turning Point, tells the story of the 1942 Battle of Milne Bay, Japan’s first defeat on land, which took place in New Guinea.
He is also the author of three plays, Flak, Mystery in the Air and Hell Ship which have each toured extensively across Australia.