Ms. Adventure tells the story of Jess Phoenix’s extraordinary career in geology – and how the barriers she faced along the way inspired her to advocate for more diversity in science. Volcanologist, natural hazards expert, and founder of Blueprint Earth, Jess Phoenix has dedicated her life to scientific exploration. Her career path – hard-earned in the still-male-dominated world of science – has shoved her headlong into deep-sea submersibles, congressional races, glittering cocktail parties at Manhattan’s elite Explorers Club, and numerous pairs of Caterpillar work boots. It has also inspired her to devote her life to making science more inclusive and accessible.

Ms. Adventure follows Phoenix from jungles to glaciers, university classrooms to television studios, and even to the side of the world’s largest volcano, where she fixes a tire with a ballpoint pen, bubblegum, and duct tape. Readers will delight in her unbelievable adventures, all embarked on for the love of science. They will also be inspired to start exploring our rapidly changing world for themselves.

AUTHOR: Jess Phoenix’s executive director and cofounder of the environmental scientific research organisation Blueprint Earth. Since 2008, she has been a volcanologist, an extreme explorer, and a professional field scientist. She works with universities and major research institutions to study lava flows and natural hazards, perform climate research on glaciers, and more. Jess is a fellow in the Explorers Club and the Royal Geographical Society; a featured scientist on the Discovery and Science channels; and her writing has appeared on websites such as BBC Online, DailyKos, and Medium, as well as in Face the Current magazine and local print publications. 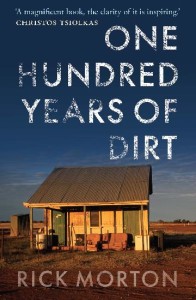